In 2017 a comprehensive Enza Zaden country office was set up in South Africa, with a main focus on the country but also servicing Sub-Saharan Africa and, over the first five years, the reception to the company has been “phenomenal”, says Matome Ramokgopa, the general manager of Enza Zaden South Africa (left). 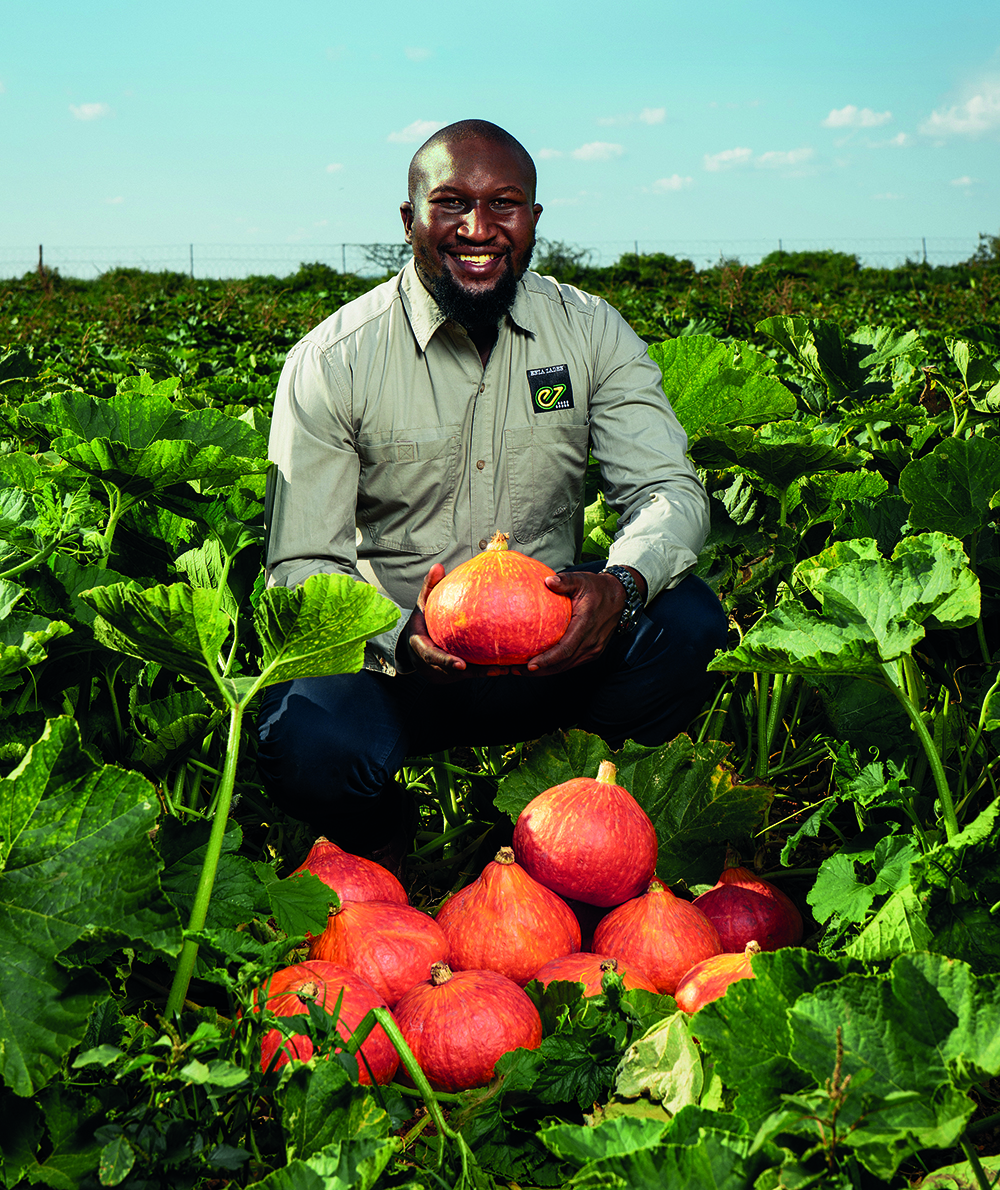 He has been involved in the Dutch company’s South African activities from the start, initially in a technical role.

Enza Zaden decided to shorten the chain to their consumers, an approach to which their customers have responded enthusiastically, Matome notes.

“It allows farmers to directly leverage Enza Zaden’s global value, instead of going through a third party who translates a farmer’s needs, especially as their needs become ever more specialized and specific. What we’ve seen happening over the last couple of years is that everything is moving so fast, if you’re not geographically close to your market, a delay can develop.”

Their salespeople are equipped with technical knowledge and data from every trial on every variety that Enza Zaden is testing around the world can be accessed through a mobile app. The company focuses on high-value vegetable crops, globally offering over 30 different crops, of which 10 are in their Southern African portfolio.

On-farm trials have become a sine qua non for a vegetable farmer over the past few years. “Success is about the pipeline of replacement varieties for sustainability.”

He points out that their varieties do not only take production characteristics in mind, but were also developed with the retailer and the consumer in mind through much research on taste and flavour.
Matome is excited about the internal quality and internal colour they are obtaining on their pumpkins, with improved shelf life and hence storability which allows the vegetable to be marketed over time. The recently-introduced Estamino Recent tomato rootstock variety is also doing exceptionally well, he notes.

The company refers to itself as a multi-local company which to local needs while leveraging their global experience.

Before the sales and marketing division of Enza Zaden was established in 2017, they were already multiplying onion seed on farms in the Klein-Karoo region of the Western Cape, one of the prime vegetable seed production localities in the world.

In Oudtshoorn mostly onion seed is grown, then consolidated and quality-tested, enhanced and packed in the Netherlands before being shipped out to their customers worldwide.

Enza Zaden is the market leader in onion seed in Sub-Saharan Africa, which is a growth region for short-day onions. The company has recently introduced a red onion with excellent shelf life in Kenya (a market which takes only red onions).

“The biggest component of investment at Enza Zaden is in R&D, which means investing in a future which is as yet unknown,” Matome observes. “Behind every commercial variety there are years of selecting and breeding work.”

To enlarge their tissue culture capacity, in 2019 the company bought out the other stakeholders in Western Cape Biotech which it now controls and which functions in close association with Enza Zaden’s Netherlands-based laboratories, specifically on sweet peppers, tomatoes and lettuce.

“It highlights the importance South Africa has for Enza Zaden and the value we see in South Africa. It’s been a great journey, not without its challenges but we have a very good team. Behind Enza, is the customer.”

Matome remarks that there is a lot happening in the East African horticultural sector – the company has a team in Kenya, as well as representation in Uganda and Ethiopia, all managed from the office in South Africa.

“There has been tremendous growth for Enza Zaden over the past five years. We’ve created a lot of value for customers as we grew the global brand.”