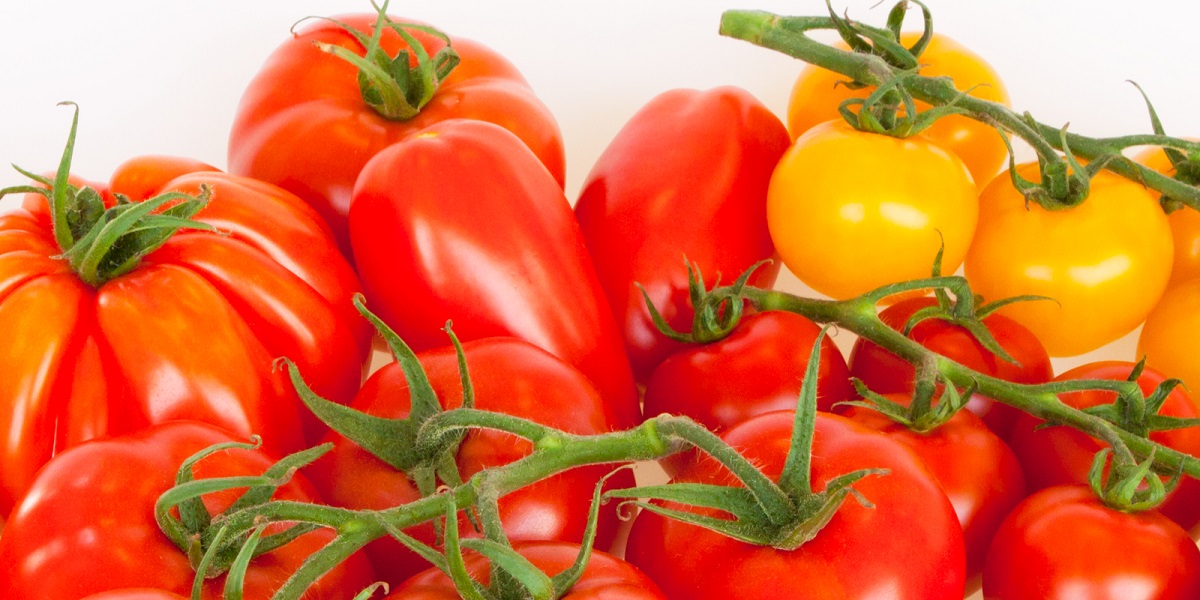 Heated tomato cultivation is changing globally. Consumers have discovered the large variety of shapes, flavours and colours and are experimenting with new applications. They expect a recognisable product with a good flavour all year round. Enza Zaden has more and more to offer in this area.

There have been drastic changes to the range of fresh tomatoes on offer in the past 25 years. Whereas you used to see primarily beef tomatoes, individual round tomatoes - as a prelude to what was to come – cherry tomatoes for sale, the range has since expanded to include cocktail tomatoes, plum tomatoes, truss tomatoes and snack tomatoes in all sorts of shapes, sizes, and colours.

“Consumers have discovered the enormous variety and are experimenting with new uses and forms of preparation,” says Crop Breeding Manager Martijn van Stee. “This stimulates the consumption but of course the expectation pattern also increases.” and this has consequences for the strategy and growing methods of producers. Investment in growth, geographic distribution and assimilation lighting has resulted in companies that are able to offer their customers fruit of a consistent, very high quality all year round.

“This development has been visible for some time in North America,” according to Sales Manager Freek Knol. “Our tomato portfolio has become significantly broader and stronger in recent years. Tomato Maxeza gives us a competitive variety in the large truss segment. It has better scores on flavour and colour than the established varieties and has a comparable physical yield. Many growers have tried the variety and are satisfied with its performance. However the market is competitive and it is not easy to get a higher price for a variety of higher quality. This does not encourage growers to make the switch but I am hopeful that Maxeza will win their confidence.”

An emerging market segment is that of the “medley packs”: boxes of fine (flavour) tomatoes of various types and colours. “Our breeders have developed a line of tomatoes with various colours which can be grown in a uniform manner. We are going to introduce this line here in 2018.”

“The government in Russia wants to become less dependent on import streams and they have therefore invested heavily in ultra-modern glasshouses,” according to Product Manager Enza Zaden Export (Eastern Europe) Mike Lemmen. “Established companies and new investors are rolling out projects covering dozens of hectares. In the summer there is usually an adequate supply of these products from unheated poly-tunnels and the many vegetable gardens. Farmers and investors are therefore focusing primarily on the illuminated heavily heated glasshouse production.

A further 300 ha will be added over the next three years particularly around Moscow, Saint Petersburg and in the south of Russia. In addition neighbouring countries are investing in large-scale horticultural projects in the Caucasus and in Kazakhstan. It is good to see that our market share is also expanding. Tomato Maxeza is doing very well in Russia because this variety performs exceptionally well in a continental climate. Savantas, Tomagino, and Robagino are also very popular. Other specialities will gain a foothold in the coming years.”

With 1,000 ha of heated tomato farming  Poland is a major export country. The domestic demand is dominated by pink beef tomatoes which account for half of the total acreage. Lemmen: “Seven years ago this product accounted for less than 100 ha. It is a relatively expensive, nostalgic tomato variety with a good flavour. The strong growth in this segment is typical of the economic growth and increased affluence in this country.” Enza Zaden very recently developed the tomato variety E15A.41599 that is making a big impression in this segment. The large truss tomato Maxeza is gradually gaining ground here.”